For the period of Lent I’ve decided to give myself space away from social media and excessive mobile phone usage. I recorded a short video below to outline why I fancy giving this a try, a few thoughts, and some of the rules I’ve put in place.

The Five Rules I’m putting in place are:

Take 6 minutes out right now to watch this video. It's been filmed (and is used as a bit of a promo) for GoPro video cameras.

I'm a bit of a video/YouTube and obsessee, so I tend to watch a lot of videos. So when I watch one that makes me stop, turn off every other media form and actually focus on it for over 5 minutes then I know it must be good.

The way this has been filmed, and what was captured is simply beautiful in my opinion. It's also fascinating narration also. Take the time for this one, and let me know what you think below in the comments section, I won't give anything else away, just watch.

Recently on facebook a trend has been going around in which people have written 3 positive things every day for 7 days, and nominate others to do the same. It's been nice to read the small and large things people are experiencing and finding in their days to celebrate, and then last Monday I was nominated to do it!

My first thought was 'oh no, when am I going to have the chance to do that?!'. However, once I got over my cynical side, I thought 'why not, I'll give it a try'. I decided that rather than struggling to get onto facebook each day to write something up, I took a bunch of photos over 7 days of various positive things, and thought I'd post them altogether. So here are 21 positive things from my life over the last 7 days… 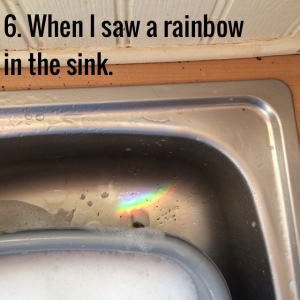 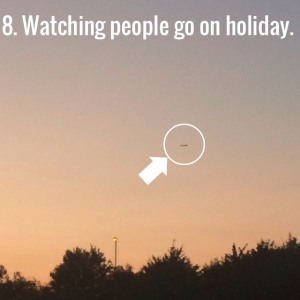 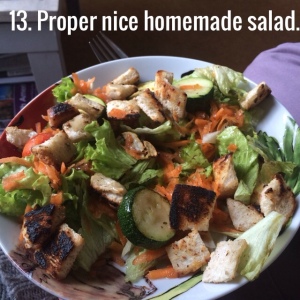 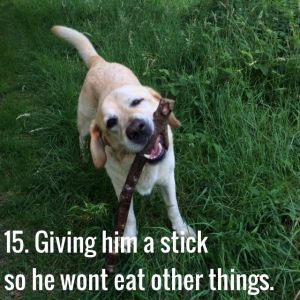 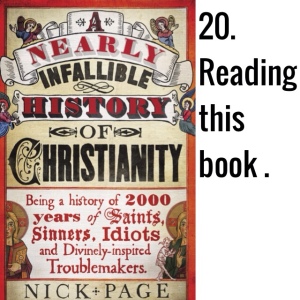 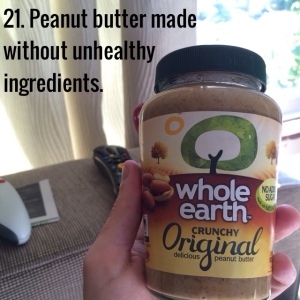 So, who do I nominate? Anyone who fancies having some fun for a week 🙂

Recently, I had somebody add me on twitter and sent me a tweet saying something like ‘#followme! @Ben_Pocock…‘ with a load of other twitter names on there too. I had never heard of this person and had never read a tweet of his. After a quick look at their twitter profile, I see that I definitely don’t know them, hadn’t heard of them, and most of their tweets were other tweets asking others to follow him too…. thrilling.

Naturally, less than 5 seconds later I was on something totally different on twitter, and I had no intention of following this random guy.

Ever seen the tweets or facebook statuses saying ‘RT this!‘ or somebody sharing a bit of wisdom from their mind followed by ‘share this with other people!‘. They share their heart and wisdom and seemingly consider it wise enough and great enough that more need to hear it, so they plead with followers to share it on. Whenever I read these kind of things, something inside me curls up into a ball and I cringe.

I don’t quite know what it is within us that causes us to think we need to tell other people to listen to what we say. Whether in social media or ‘real life’, I’m sure we’ve all been guilty of of saying something like this to people ‘you need to hear this!‘ or ‘you’re going to want to listen to me!‘ or ‘more people need to hear what I’m saying!‘.

We’d be much more fruitful, helpful, productive and would probably influence and gather more people by focusing on ensuring what we actually say is worth hearing, rather than urging people to hear it.

Sure, Jesus simply said ‘follow me!’ and the disciples came running. But I’m not Jesus, and am nowhere near his quality. I’m not sure that method would be effective for me in my current state of brokenness.

So. The Answer? If you want people to follow you on twitter, tweet good material that people actually want to hear. Want more facebook followers? Ensure what you are writing on facebook is actually vaguely interesting to read. Then they’re more likely to read it.

More importantly – want to be a leader in life?

Don’t worry about getting more people to follow you, focus more on being a person people would want to follow.

Recently I've been inspired to write more blog entries, for a couple of reasons. 1st reason being the fact that it's January and I often get this inspiration at the beginning of the year (lets see if I actually follow it through later in the year). And 2nd is because of Mr Jon Acuff. He a great blogger, author and speaker. Visit his sites at www.acuff.me and www.stuffchristianslike.net Here are 5 reasons I enjoying reading his blog, and think you should too…

1. He doesn't just blog pointless stuff. I like blog entries that get me to think, ponder, wonder and are subjects that I find myself thinking about hours later. Funny and less important blogs are great, but I like a bit of purpose, and the Spiritual aspect too.

2. He doesn't just blog Christian stuff. There aren't many blogs written by Christian guys that don't just stick to Theology and Leadership. I love a good Theological debate and it love hearing leadership and lifestyle stuff but sometimes I do just need a random photo of a sloth on a sofa or a burger that looks like Winston Churchill. Mixture is good 🙂

3. It's not plug city. I'm sure there is tons this guy could plug and advertise to us. He's an author and speaker and probably has a lot of material he could try to sell to us. But he doesn't. He seems to write blogs because he likes writing blogs. A great place to come from.

4. I feel like I know him. Not in a creepy stalker kind of way (although I do follow his blog, twitter and Instagram….maybe I am a stalker?!) . But he does seem to give part of himself away as he writes and shares, and seems to welcome his audience into his life a bit. That's what I like reading about (and I expect many others do too). A good communicator doesn't just share of things disconnected to themself, but they realise that a reader or listener reads or hears the person, not just the words they are sharing. Jon does this brilliantly, and I'm pretty appreciative of that!

5. He's American. I know America isn't perfect. After all we have Benedict Cumberbatch and Cadbury's here in the UK. But America has an array of really cool accents and…..well…..pretty much everything else. They out-cool us Brits by a long way.

6. He's funny, so I can steal his jokes. Please don't tell him I said that.

So thanks Jon, I want you to know that I think you are quality. Keep inspiring me and making me laugh, you do a great job!

In one of the offices in church there is a beautiful painting called 'The Prodigal Daughter', by the artist Charlie Mackesy. I've had a privilege of sitting in a seminar with him and some others discussing creativity, art and artists within church. He intrigues me quite a lot. You know those kind of people that seem to have a really cool, poetic, bohemian way of looking at the world? The types of people who give the impression that they have just nailed what it means to appreciate and enjoy life? He's one of them 🙂

Anyway, recently he has recorded this video for Alpha, and I love it. I love it for a variety of reasons, the way it's filmed, the things he says, the way who's mind operates. I love it. You should watch it too.

There's a great site where some clever people have been analysing tweets you can see how happy twitter users have been since 2008 till today(!). Below is the front page graph they have plotted, looks like in general the happiness has gradually decreased since 2008. 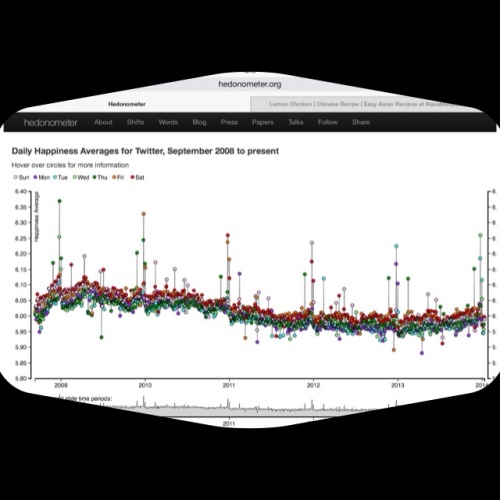 Whether we can/should use something such as tweets to analyse emotions in people I'm don't know. I am aware of studies in the past using tweets where the spread of illnesses has been tracked across the world – fascinating stuff. So let's not just assume twitter and social media is some shallow, unhelpful tool. Let's appreciate the good that it can do too, good that is far bigger than most of our expectations.

And let's not fall into the trap of suggesting that it is because of social media that happiness has dropped(!). I was once at a Christian Leadership Conference where one of the biggest 'amen!' vocal responses from the crowd over the whole weekend was when one person mentioned a negative aspect of social media. When so much quality stuff was shared at the weekend about our faith and leadership, I was a little gutted to hear everyone get excited over the one mention of the 'dark side' of social media.

Take a visit to www.hedonometer.org to find out more about this happiness scale from twitter. Any further thoughts greatly appreciated, some will love this kind of things! others not so much.