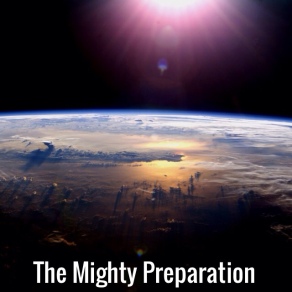 Another week of Throwback Thursday (#tbt) has come around, and this time I'd like to take a step back and look at a big picture. Before we get ahead of ourselves cracking on with the story of the church eras, I want to let you know about something pretty cool I'm learning about.

The simple truth is, Jesus came to Earth at the perfect time in history. Infact, it was like the world was prepared for his coming. Let me explain.

Jesus arrived in a world that was led by the Roman Empire. Because of this various things happened and were evident, such as:

In his book 'A History of the Christian Church', Williston Walker makes this great statement about traits that a religion must have had in that time in order for it to thrive in the society it was birthed in. Take a look at the underlined bits, look familiar to a certain faith to you?

“In summing up the situation in the heathen world at the coming of Christ, one must say that, amid great confusion, and in a multitude of forms of expression, some of them very unworthy, certain religious demands are evident. A religion that should meet the requirements of the age must teach one righteous God, yet find place for numerous spirits, good and bad. It must possess a define revelation of the will of God, as in Judaism, that is an authoritative scripture. It must inculcate a world-denying virtue, based on moral actions agreeable to the will and character of God. It must hold forth a future life with rewards and punishments. It must have a symbolic initiation and promise a real forgiveness of sins. It must possess a redeemer-god into union with whom men could come by certain sacramental acts. It must teach the brotherhood of all men, at least of all adherents of the religion.”

Check out this last bit…

“However simple the beginnings of Christianity may have been, Christianity must possess, or take on, all these traits if it was to conquer the Roman Empire or to become a world religion.”

Williston Walker and others call this the 'Mighty Preparation'. Gods timing is perfect. He sent Jesus to Earth at the right time in history in order to save us, and get the message spread as quickly and effectively as possible. Jesus was sent for 'such a time as this'. The truth is, if God can send Jesus at a specific time in history, he can do the same for you (and has done!). You are here at this time in history of r a purpose. How can you use the traits of today's world to further advance the message of Jesus? Something to think about. Let me know your thoughts in the comments below.

What do you think? Continue the discussion below... Cancel reply